People near their house at the shore of Kutubu Lake

Children on a canoe at the Key Point of Kutubu Lake. For most of local people, canoes are the only mode of transport that connects them to markets, schools and health centres

A local woman working near the sago palm tree, from which locals make a traditional meal, called 'saksak'

Women extracting the core from the sago palm using wooden tools that are called 'mambu' in the local language. Key Point, Kutubu Lake

Resi (53) squeezes mixed with water extracted sago palm core to prepare starch that will be used later for preparing 'saksak', a traditional meal made from sego palm

Wooden canoes on a river that feeds into Kutubu Lake

Haus Man - a traditional men's house in the centre of Daga 1 village in Moro District of Southern Highlands Province. By local custom, all men sleep in this house and their wives and children stay in smaller houses nearby the Haus Man

John, 27, inside the Haus Man in Daga 1 village

Young local men inside the Haus Man in Daga 1 village, which serves as a shared dormitory for all male population in the village, both married and single

Afecabo (on the right) with her daughter in a women's house. Daga 1 village, Southern Highlands Province

Children hide in the tall grass on Wasemi Island

People inside a traditional house on Wasemi Island. The island is populated by only a few families; not many outside visitors come to the island throughout the year

Pecha, 6, puts her dress on inside her house on Wasemi Island

Stera (around 40, centre) with her nieces Cheainda, 7 (right) and Pecha, 6 (left) in front of their house on Wasemi Island

Alu Lori, 45, migrated to Wasemi Island from the Central Province after he married his wife, who is from the lake area. Now they live with their children on this thinly populated island

Children playing basketball at the public playground on Wasemi Island

A newborn baby in a "bilum", a traditional bag that is used by PNG women for carrying everything, from fruits and vegetables to their small children. Wasemi Island, Lake Kutubu

"Ples matmat" - a local name for the cemetery on Bebere Island located within Kutubu Lake. This small inhabited island is used by locals as a graveyard, but only men can be buried here

Human skulls and bones at "ples matmat", the local name for the cemetery island in Kutubu Lake

Locals on a canoe at the entrance to Kutubu Lake 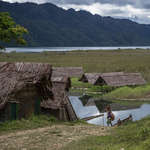 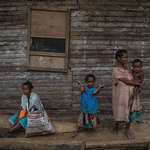 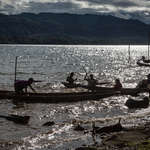 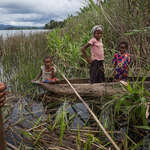 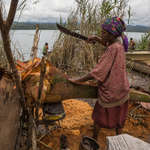 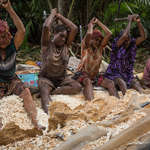 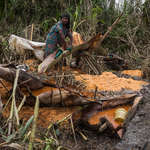 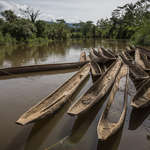 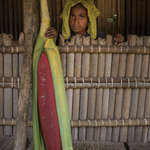 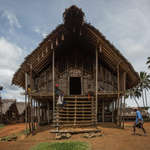 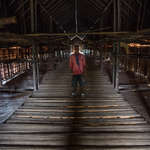 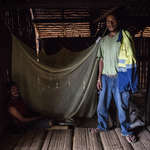 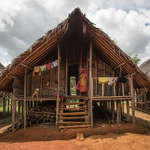 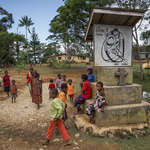 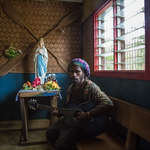 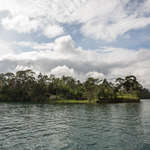 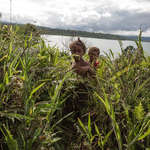 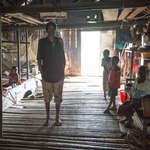 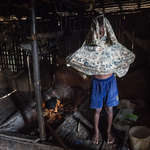 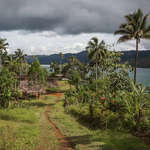 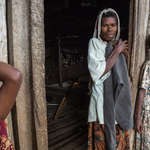 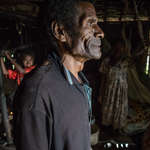 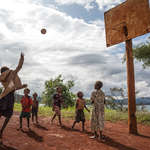 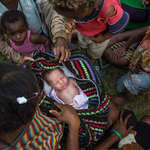 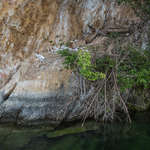 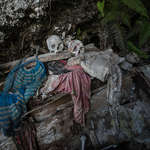 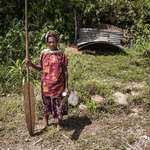