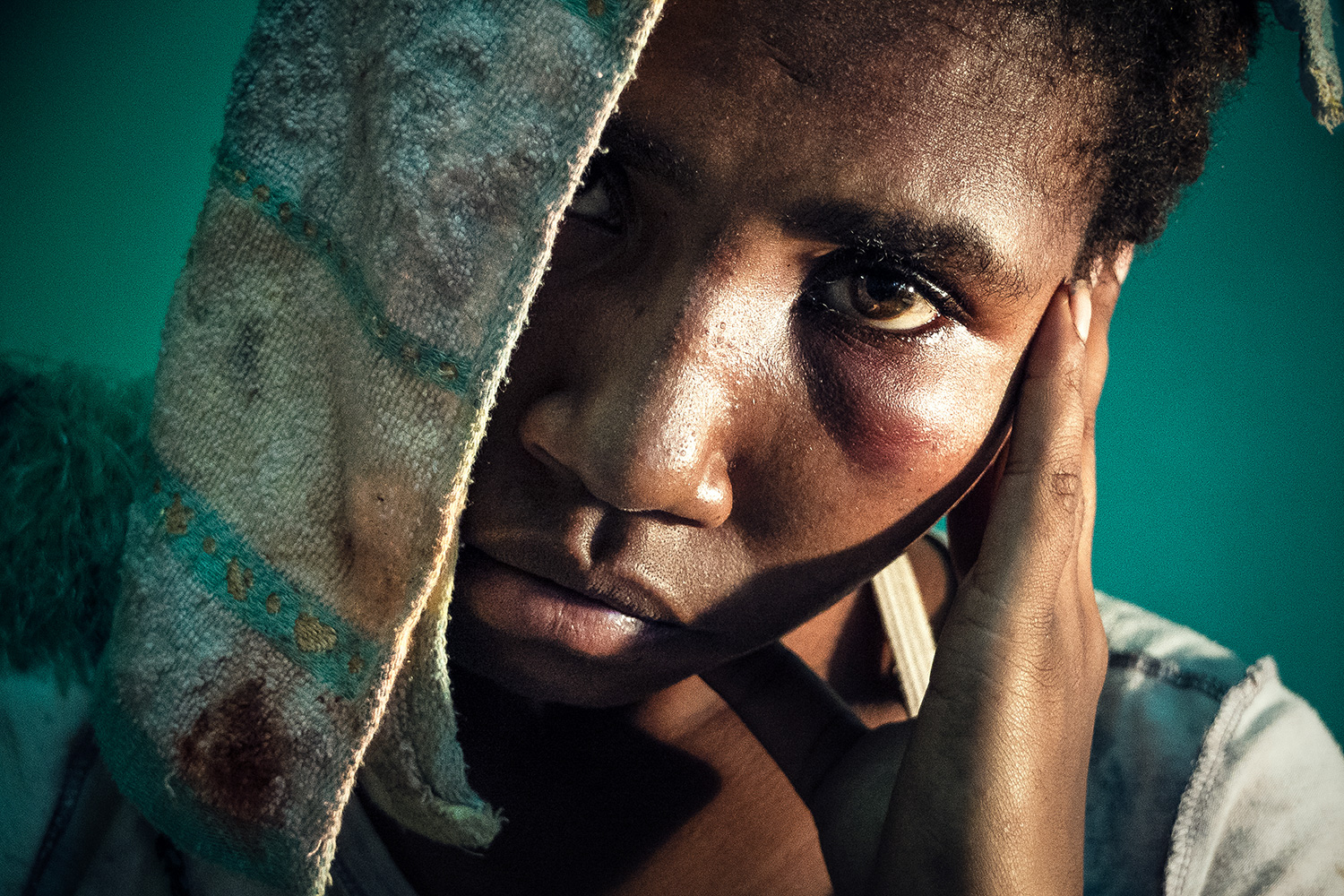 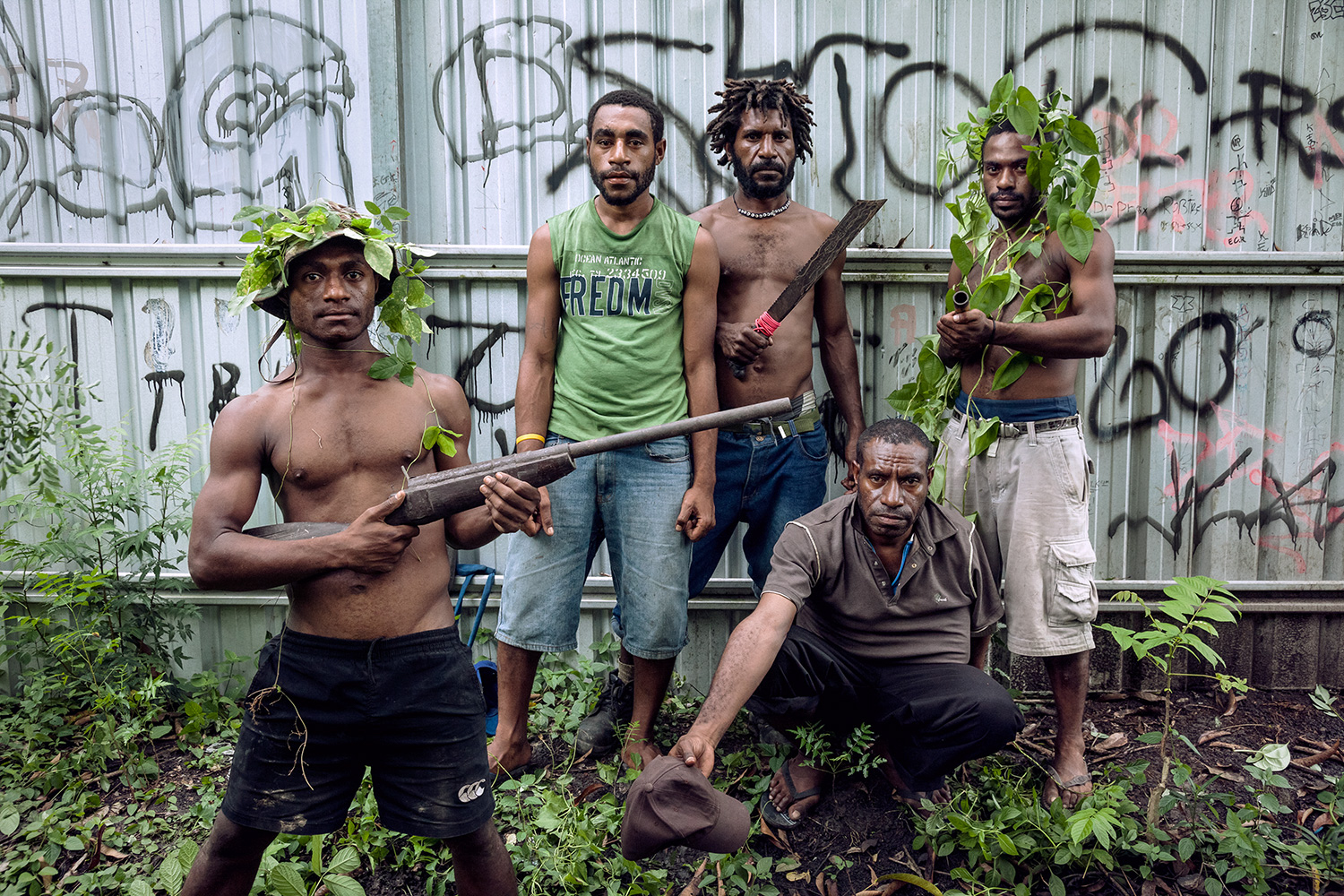 05. Members of the Raskol gang ‘Dirty Dons 585’, in the 9 Mile Settlement, Port Moresby. The gang committed a set of rapes and armed robberies. ‘Dirty Dons’ admit that two thirds of their victims are women. 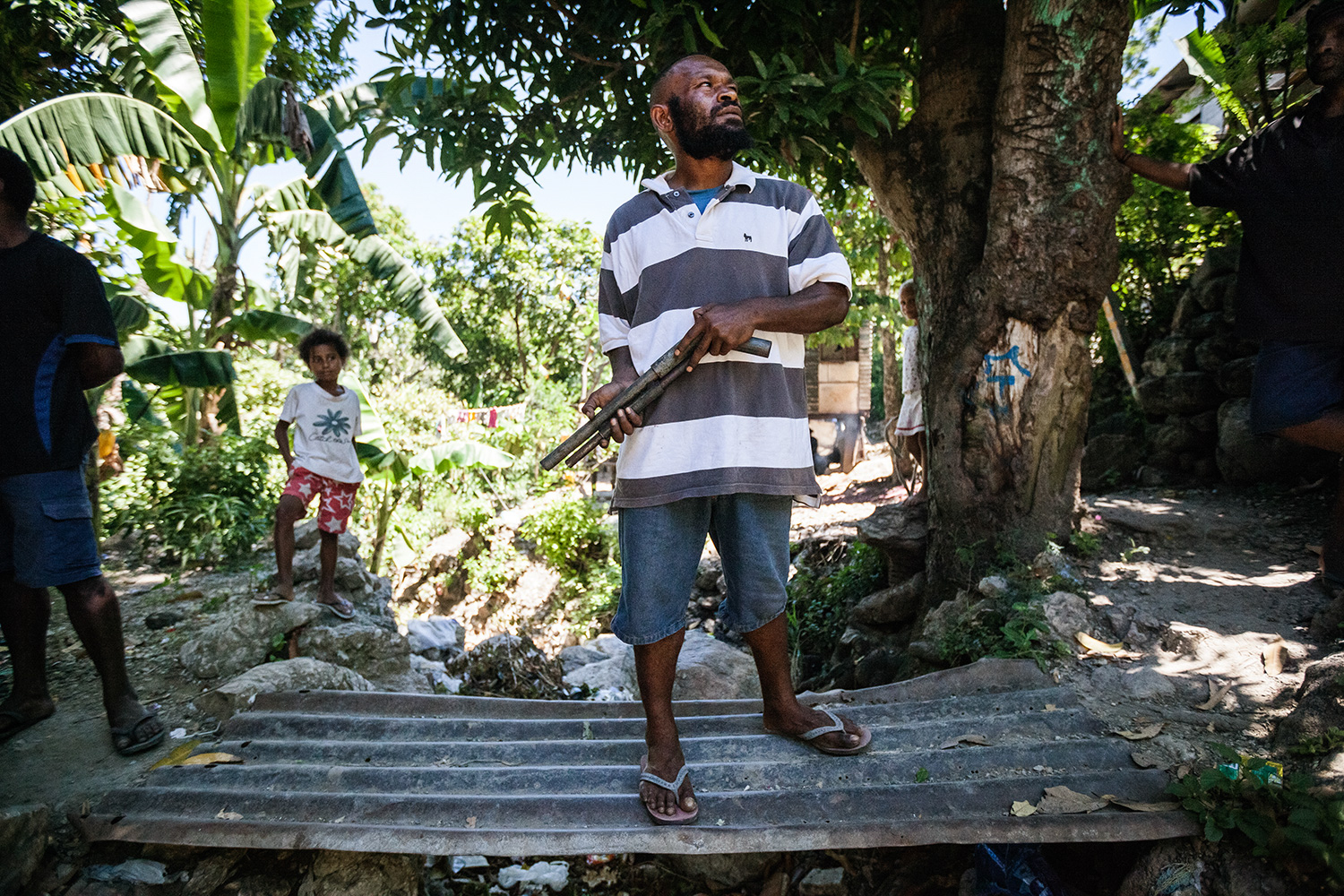 10. Mafu, 30, with a home made gun in one of the settlements of Port Moresby. 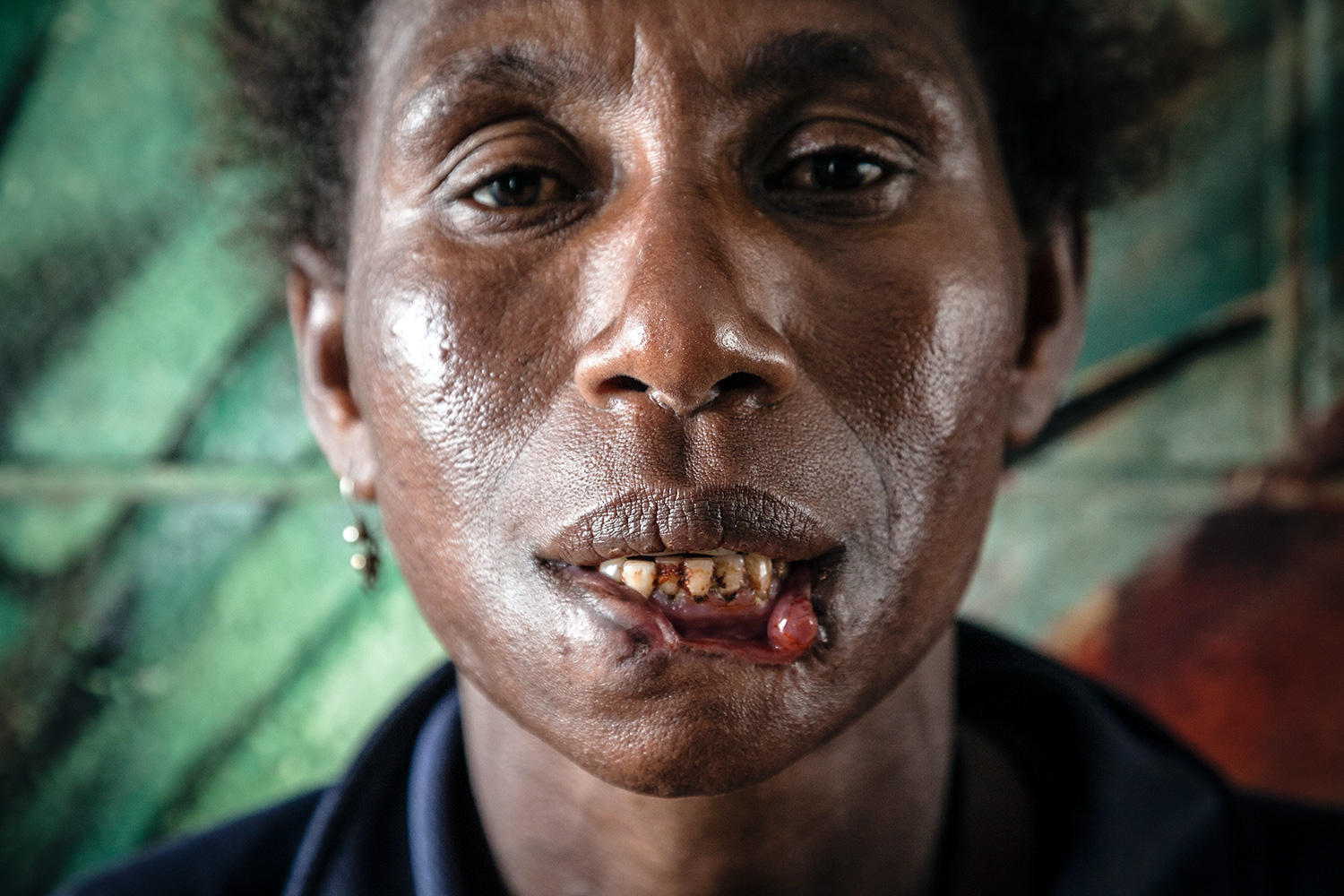 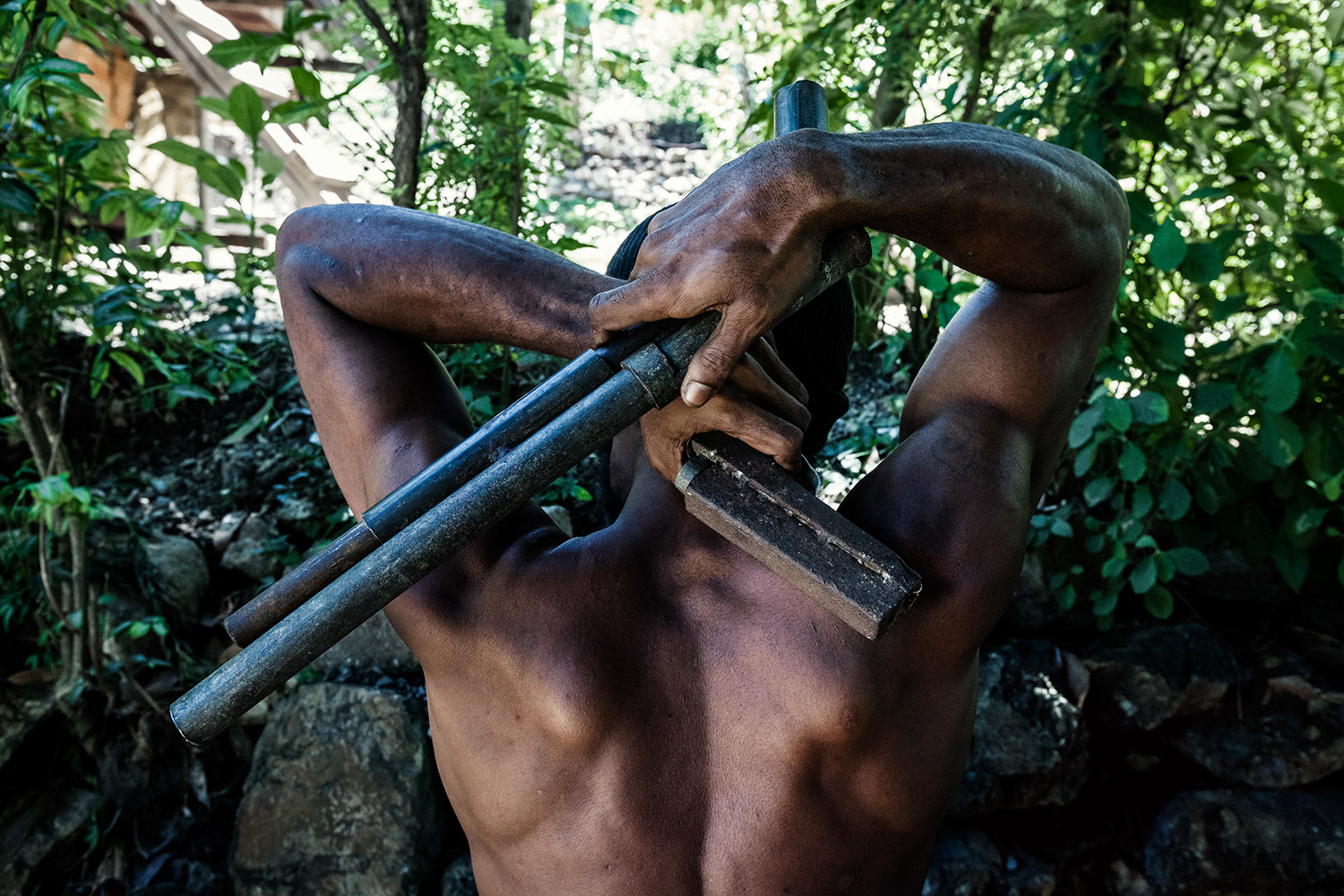 21. A member of “Lauma” raskol gang in a settlement of Port Moresby. 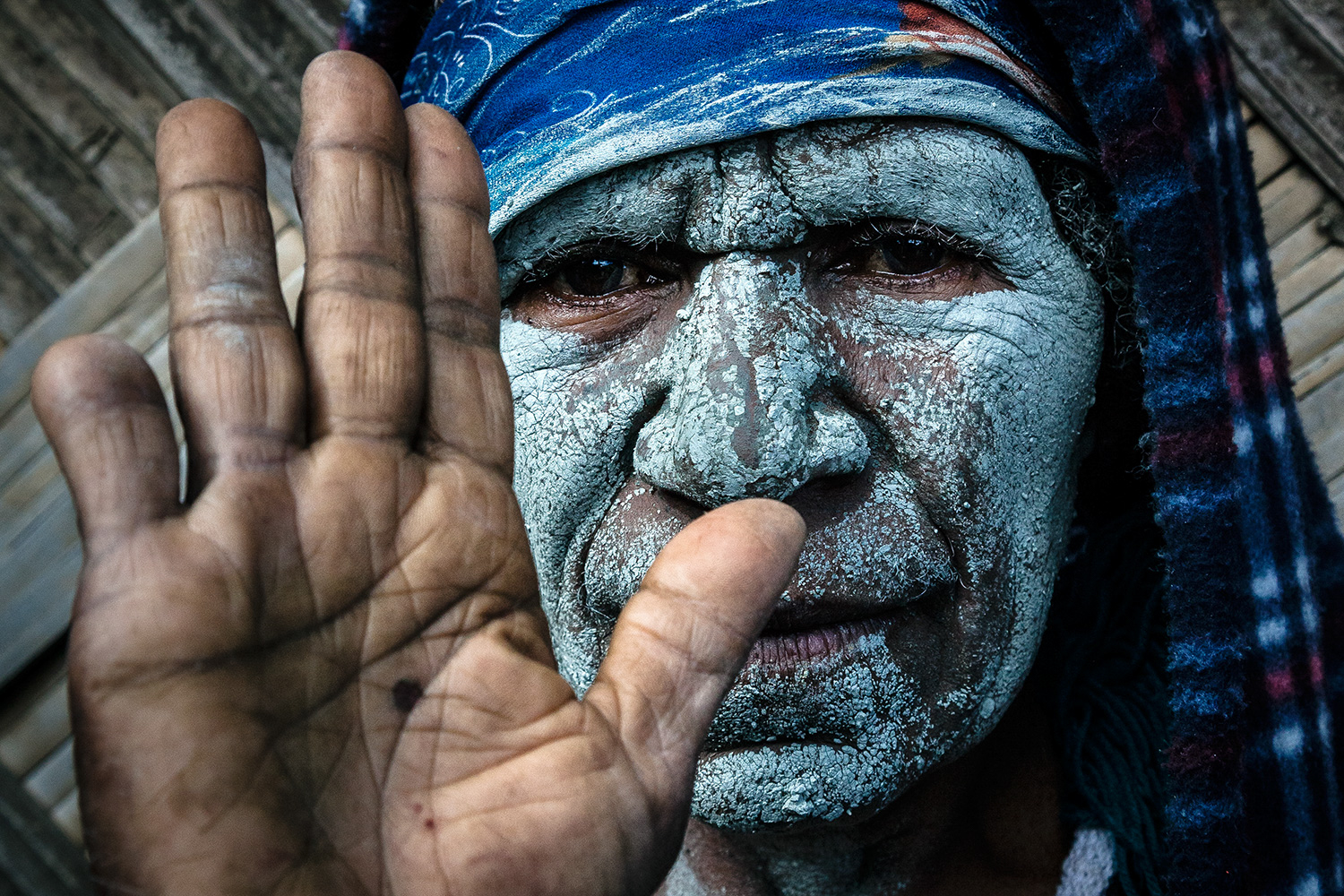 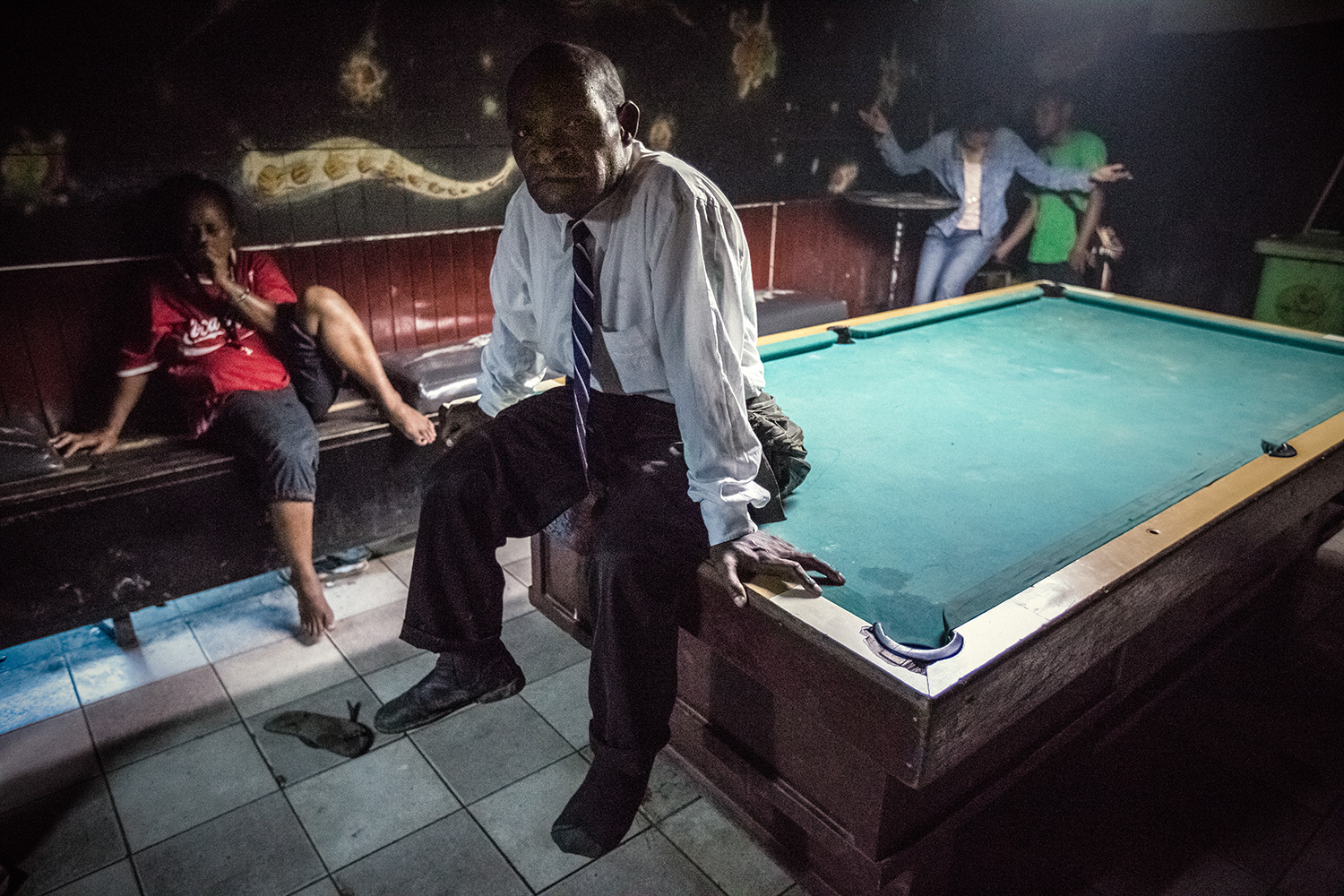 35. A security guard sits on a billiard table in one of the night clubs of Port Moresby. Most of the cases of violence against women happen on a weekend, when much of the male population of Papua New Guinea gets very drunk after the work week. 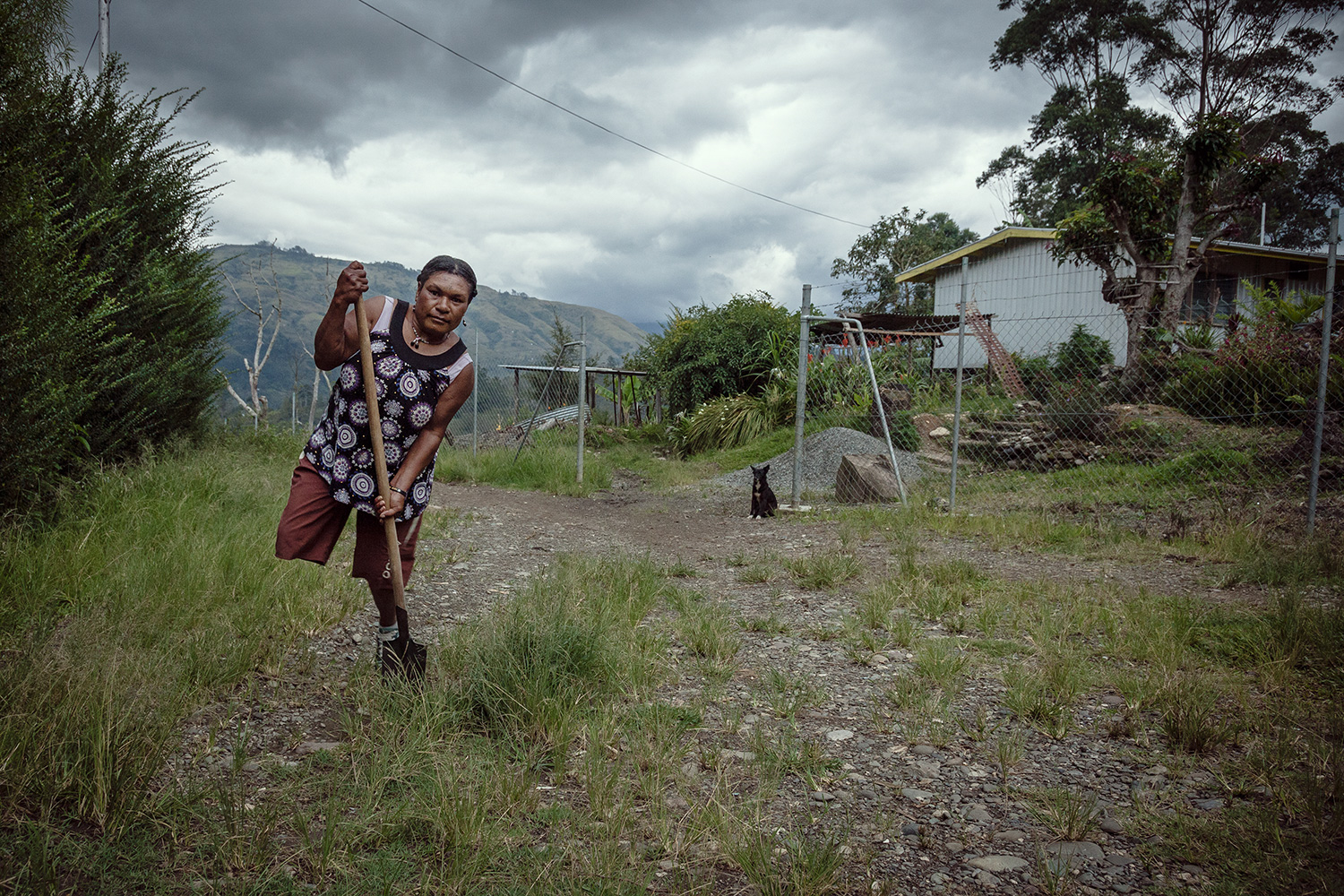 43. Helen lost her leg during a fight with her drunk husband, Alai. Alai chopped off Helen’s right leg with a bush knife in front of their young children who called for help. Alai was arrested by police, however after receiving treatment Helen left her home out of fear that her husband might be released. She returned when she found out Alai had died in prison. 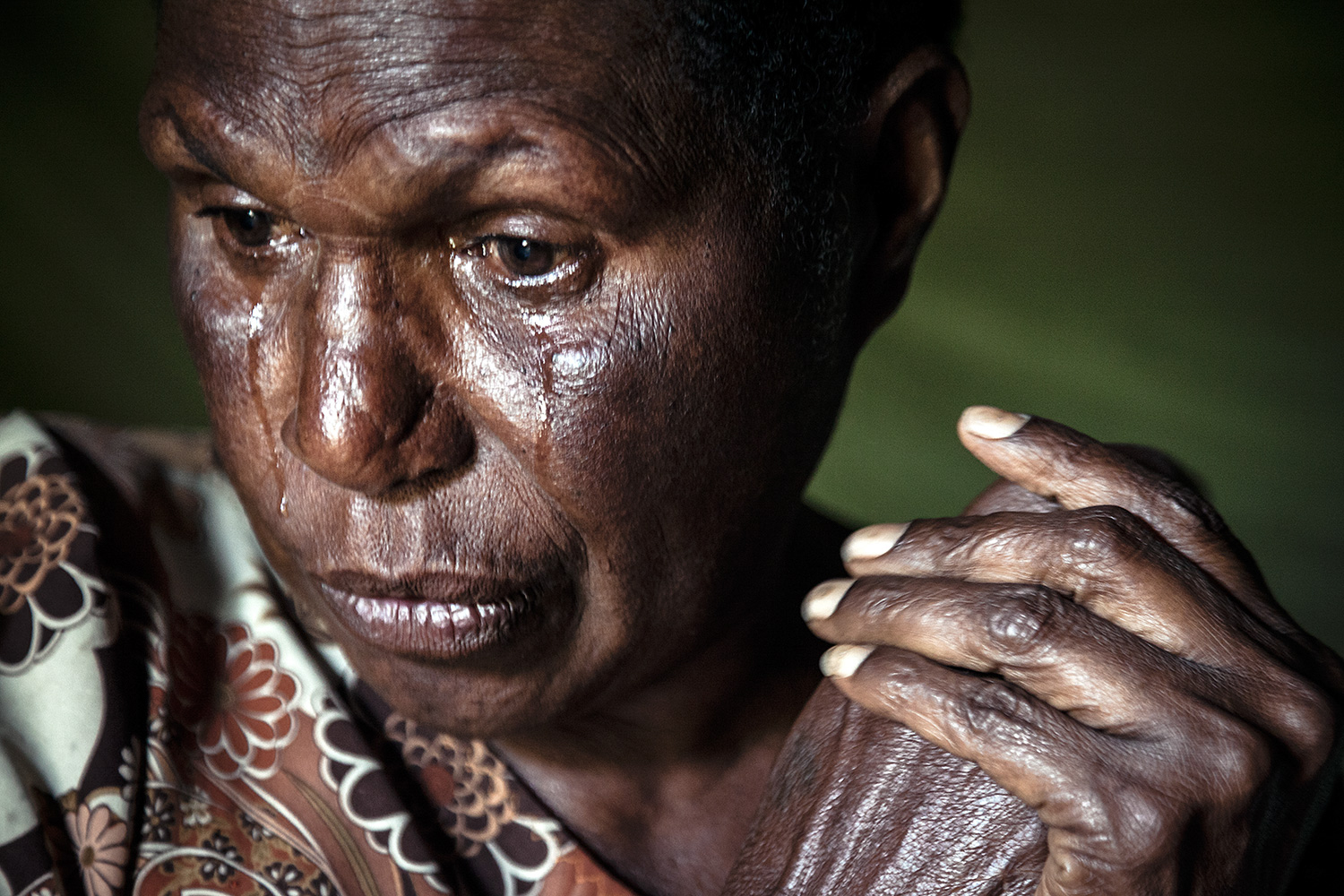 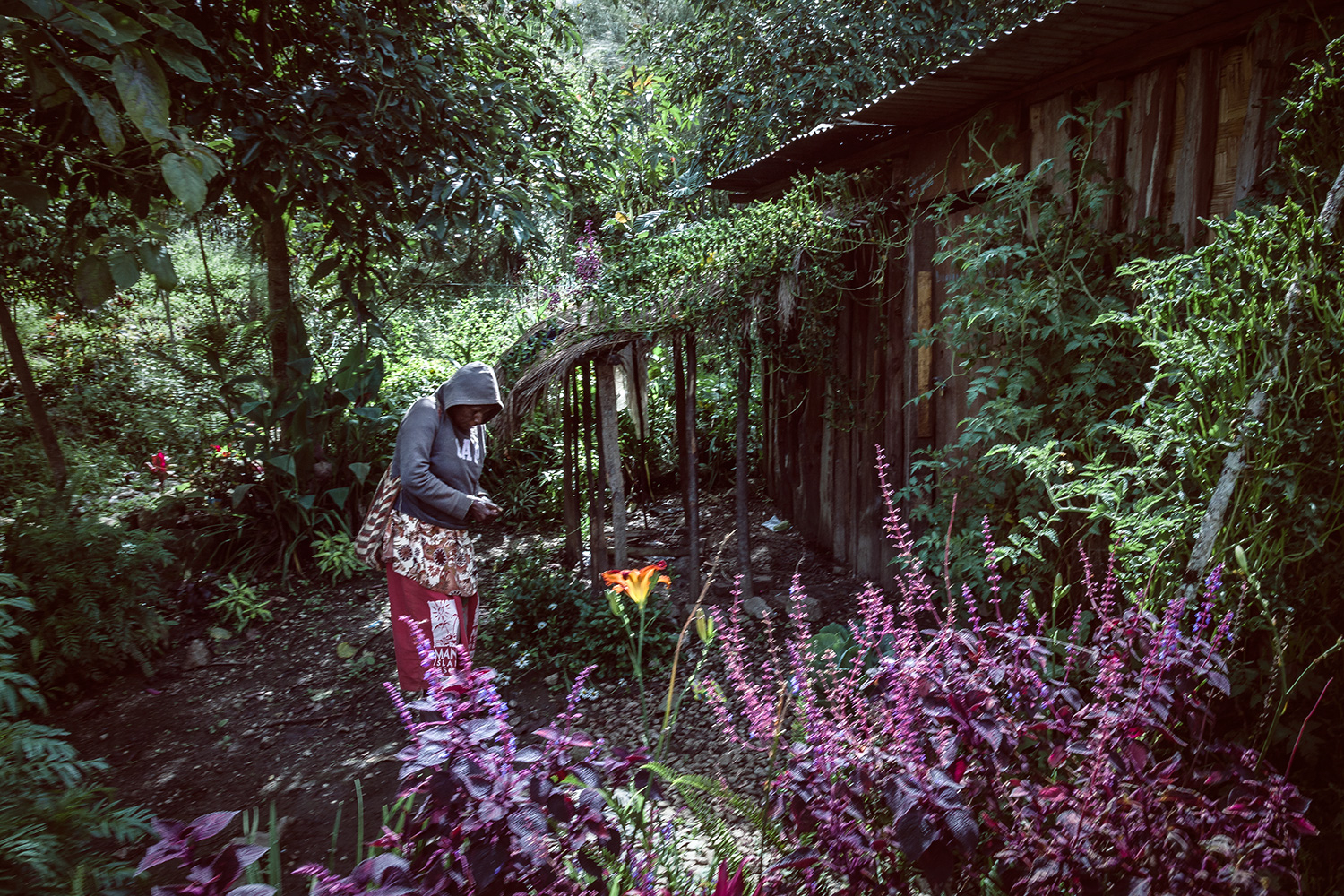 59. After spending nearly a year in the hospital, Dini came back to her village. Having been expelled from her community, it was a risk returning home but she had nowhere else to go. On her return, she lived in fear that she would receive further punishment. She barely left her house during daylight hours for several months. She was accepted back by the villagers but never received an apology from her attackers. They were never arrested. 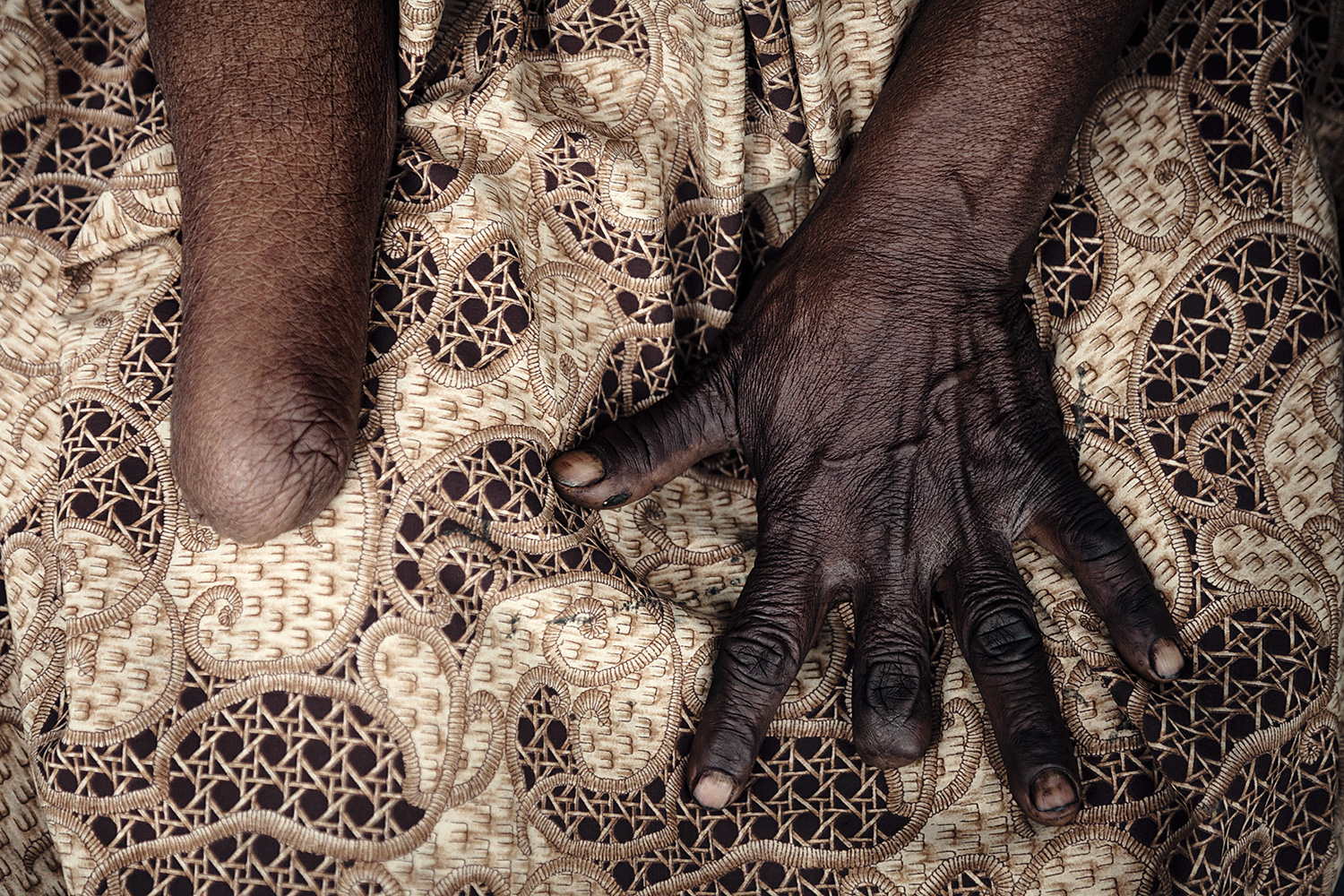 66. The mutilated hands of Rasta, who was tortured by people from her village. 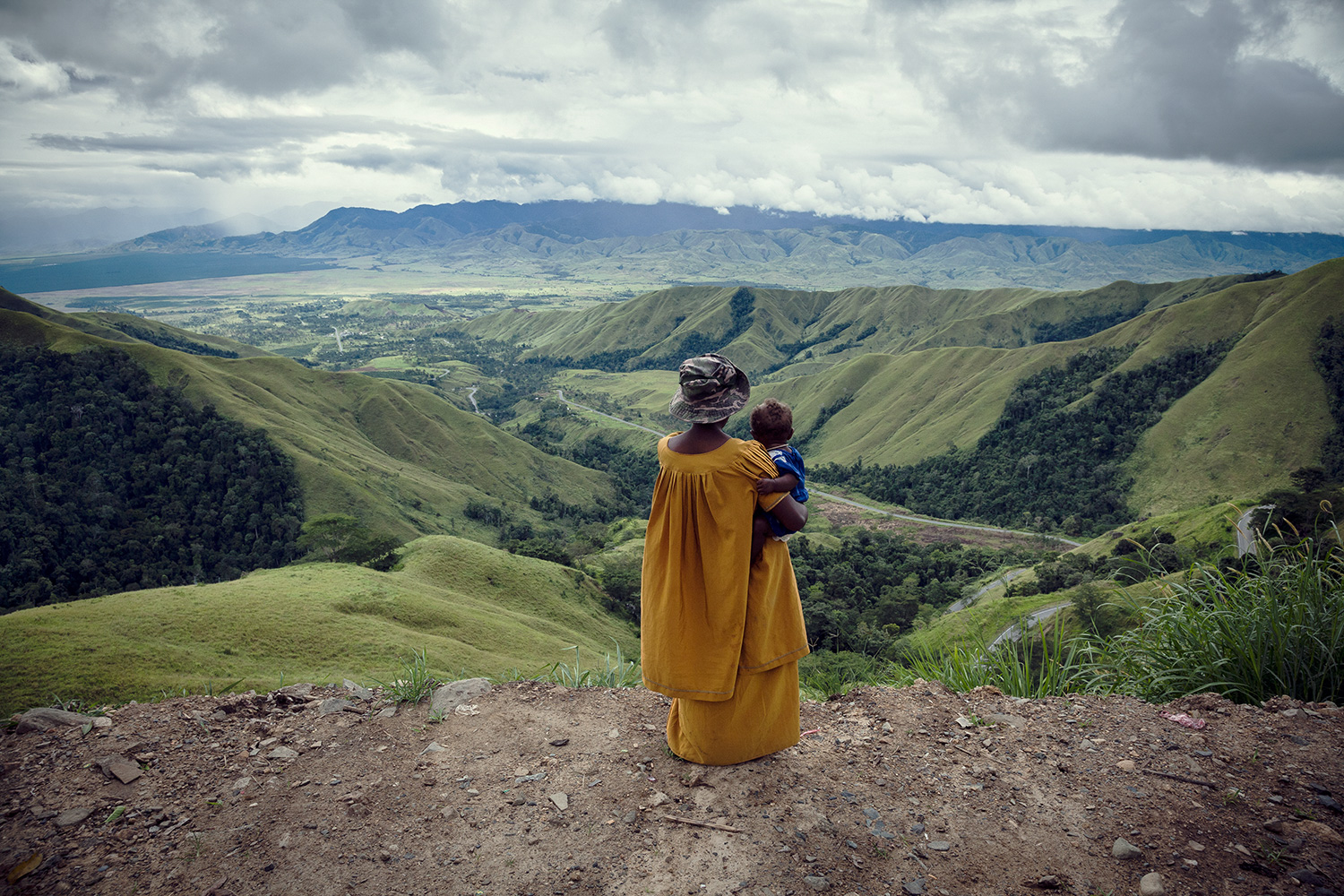 71. A woman looks down the valley from Kassam Pass, Morobe Province. The beautiful landscape of Papua New Guinea’s highlands belies the brutal reality of life in the region, where more than 90 percent of women report suffering gender-based violence. 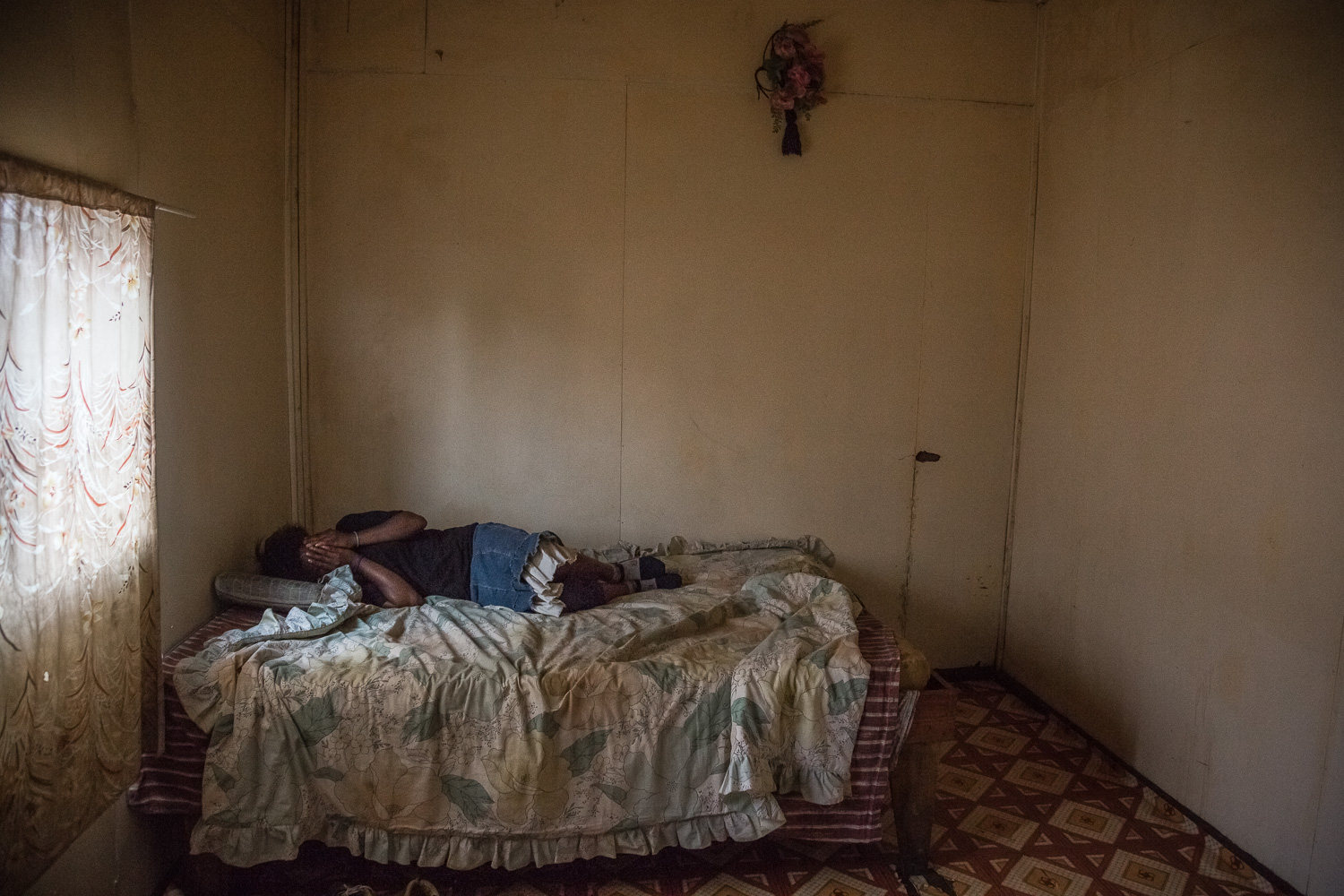 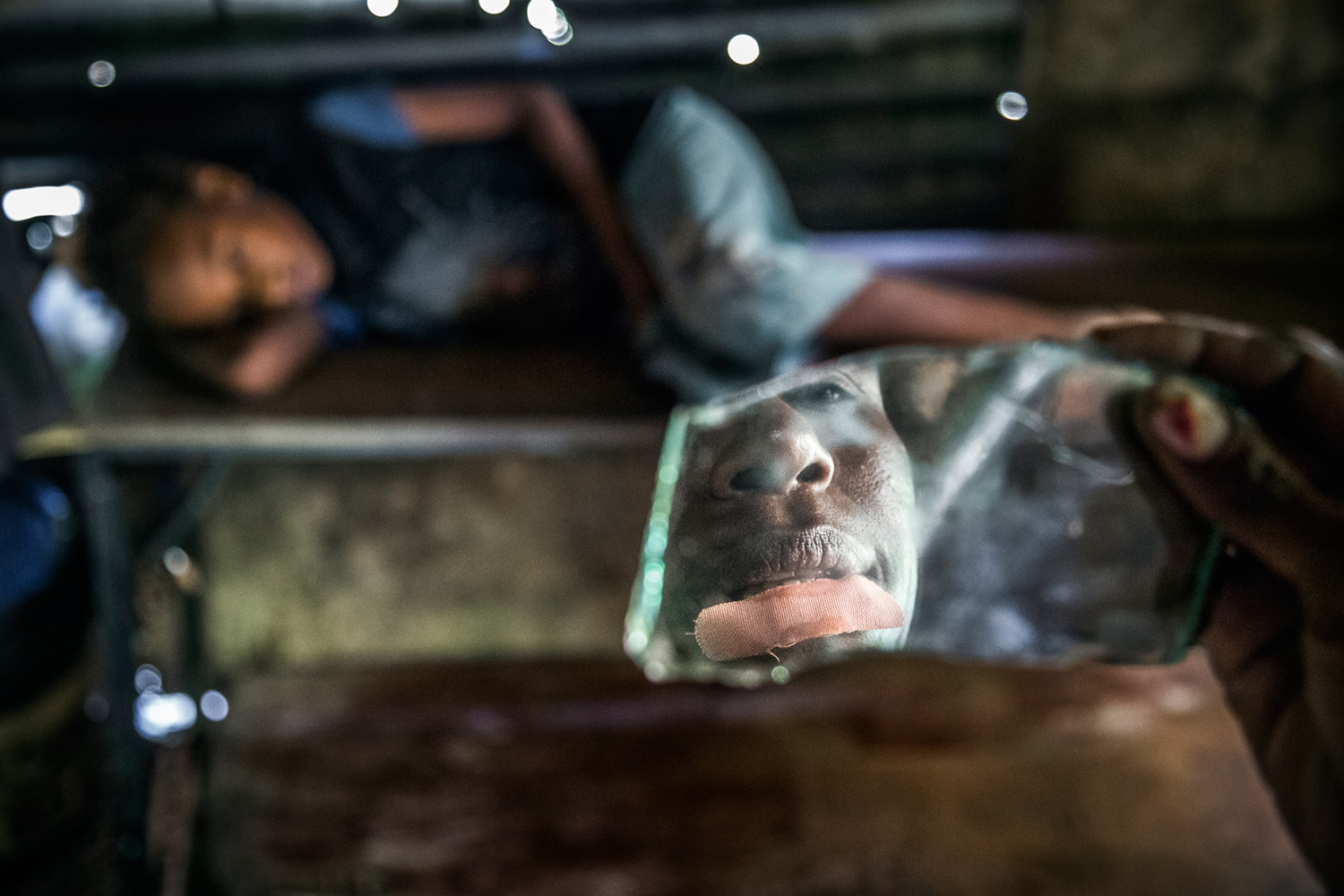