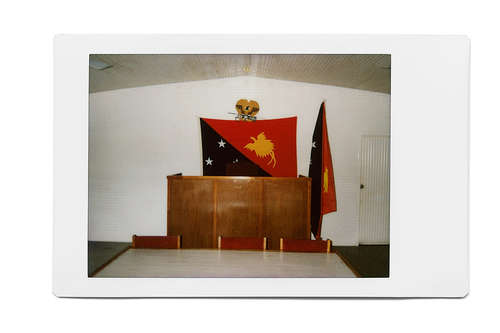 95. The office of the District Court in the village of Kwikila, Central Province. Each day courts in Papua New Guinea hear many cases of rape, torture and domestic violence that affect women and children. But the reported cases are only a small percentage of the crimes committed.

In order for police to visit a crime scene, they generally request that victims pay money to cover their fuel costs. If that money isn’t paid, police cars rarely reach the crime site.
Even after being arrested many perpetrators avoid justice. Criminals who have gone unpunished proudly tell, like jokes, their stories about how they have avoided ending up behind bars.
Some provincial judges still apply laws that were repealed long ago. Letters notifying judges of changes to the criminal code are sometimes lost and never delivered.