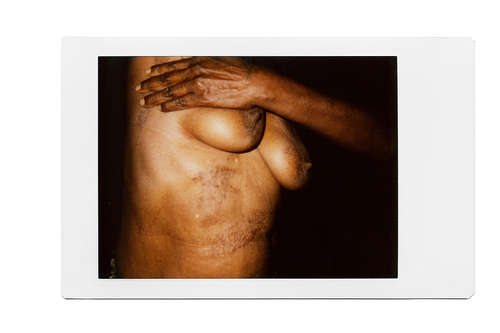 86. Dini Korul, a sorcery attack survivor, shows the wounds inflicted after she was accused of using sorcery to kill her son.

“They came to my house,” Dini said, “they dragged me to the road. There was an old house. They took me inside and they closed the door. They took off all my clothes.
They made a fire and cooked the knife. They put it on my skin, took it off and put it back again. They pushed the knife through my side and it broke my bladder. They locked the door and they left. I was in the hospital for almost one year.” Dini was saved by women from another village who were passing by and heard her groans.