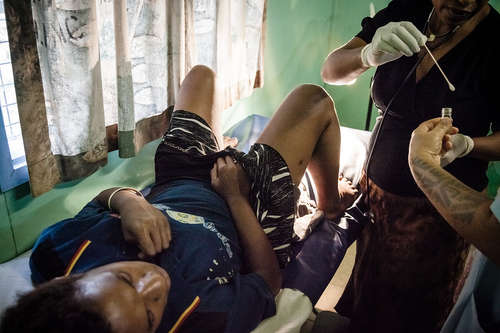 A doctor of the Antenatal Clinic in Port Moresby examines a 14-year-old girl, who was raped by a 40-year-old lawyer. The victim said that the man was a friend of her family so she didn’t suspect anything when he offered her a lift to the market. However, he instead drove the girl to his house, raped her and then left her on the road of the settlement. The girl’s father brought his daughter to the hospital but wasn’t sure if he wanted to sue the rapist.