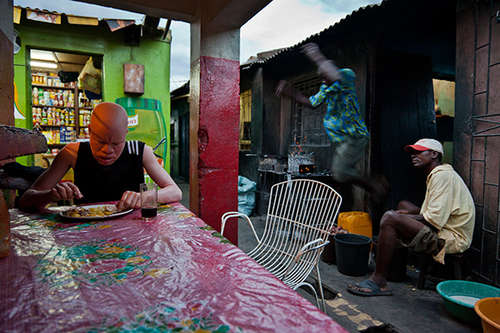 Eating in the street cheap restaurant. Gonçalves usually goes there only if his working week was very successful and he can spend 120 metical (about 2.5 euro) for a plate of fried potatoes with a chicken.